It’s the sixth week and final week of Poplar Forest’s archaeology field school. This week, the students wrapped up their excavations, and each student gave a presentation on an artifact or topic of his or her choosing and how it relates to the site we worked on this summer. Of the fifteen initial 2x2ft excavation units completed during the field school, five units were expanded into 5x5ft units. These units were expanded after the students consulted a spatial distribution map of the site; which showed areas that had the greatest concentration of artifacts as well as areas that had little to no artifacts. All expanded units were exciting in their own way, from plow scars to a linear rock formation. This week, each student excavated a plow scar. Within the plow scars, the students unearthed several ceramics that date to the period of Jefferson’s retreat as well as a green clothing pin.

On the final day of field school, each student gave their presentations. Students chose to discuss a fork fragment, dark green wine glass fragments, a pewter button, flow blue ceramic, and various aspects of public interpretation. All artifacts and discussions included materials from Poplar Forest and were relevant to the site they were working on this summer. 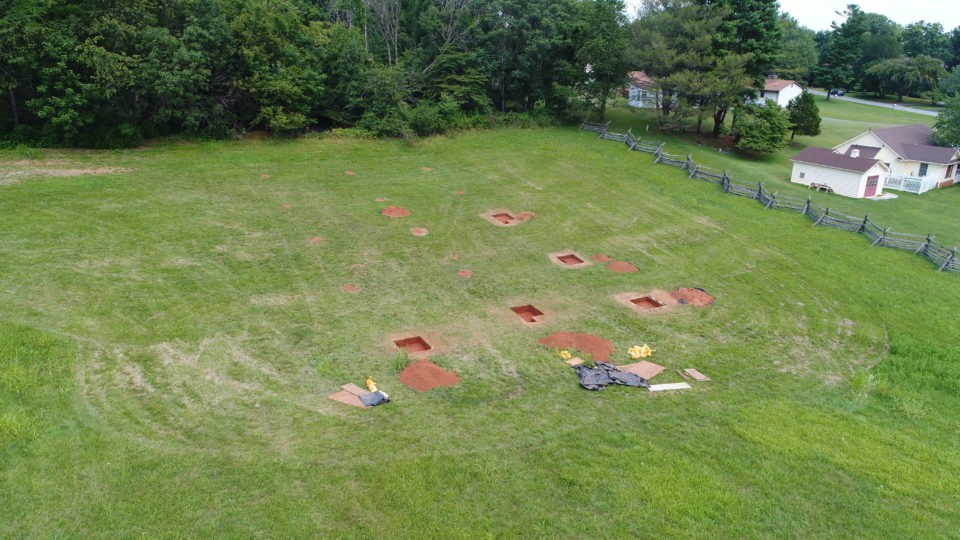 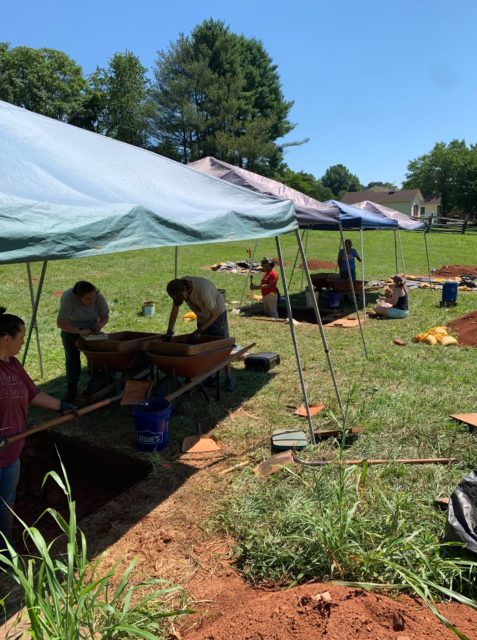 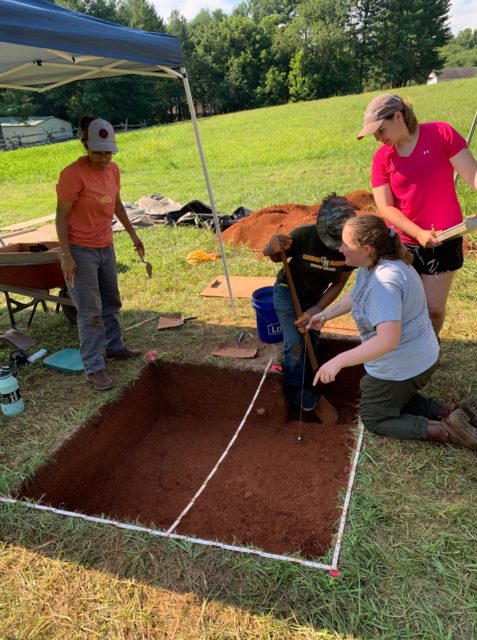 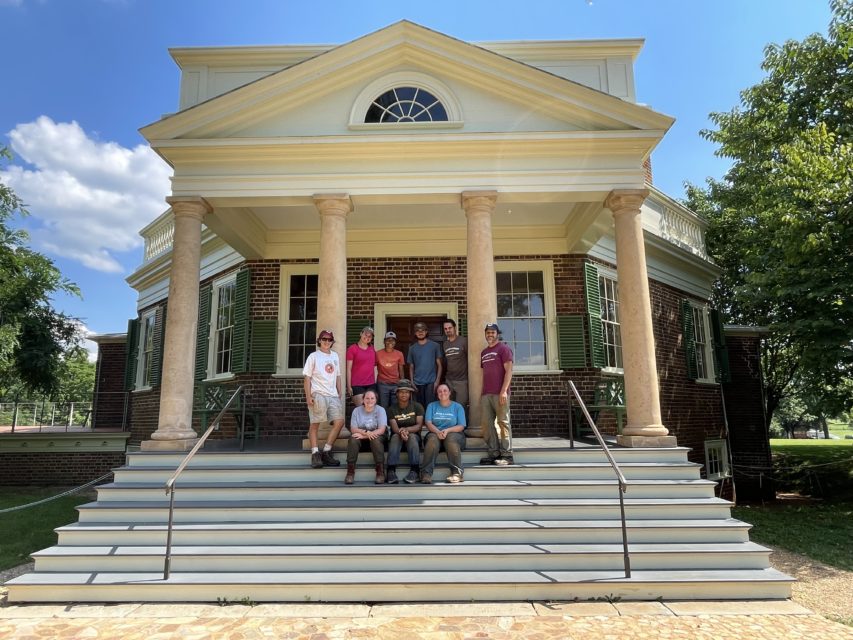