This week we wrapped up field work at the Braxton site and processed the final artifacts and data collected in the lab. A final unit, opened to the west of our primary focus at the site, offered some surprising evidence of eighteenth-century human activity in a location we had previously supposed had been mostly undisturbed. Numerous nails dating to the period (both hand-wrought and machine-cut), several ceramic sherds, and a large quantity of slag (the byproduct of blacksmithing work) were among the artifacts recovered from this last excavated unit. While archaeologists believe the locus of our site and the tentative position of the eighteenth-century overseer’s house lies farther to the southwest, this unexpected yield of artifacts might suggest a more complex arrangement of activity on this part of the old plantation. As a whole, our excavations this summer have been remarkably successful in determining the existence of a site previously only documented in Jefferson-era maps of the property. 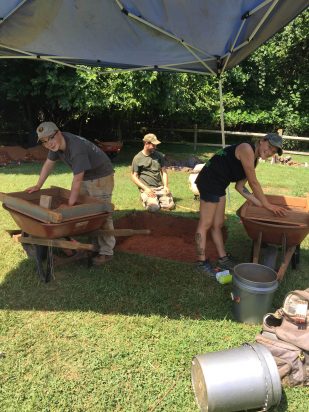 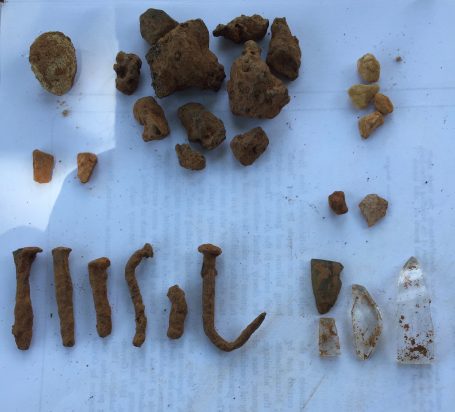 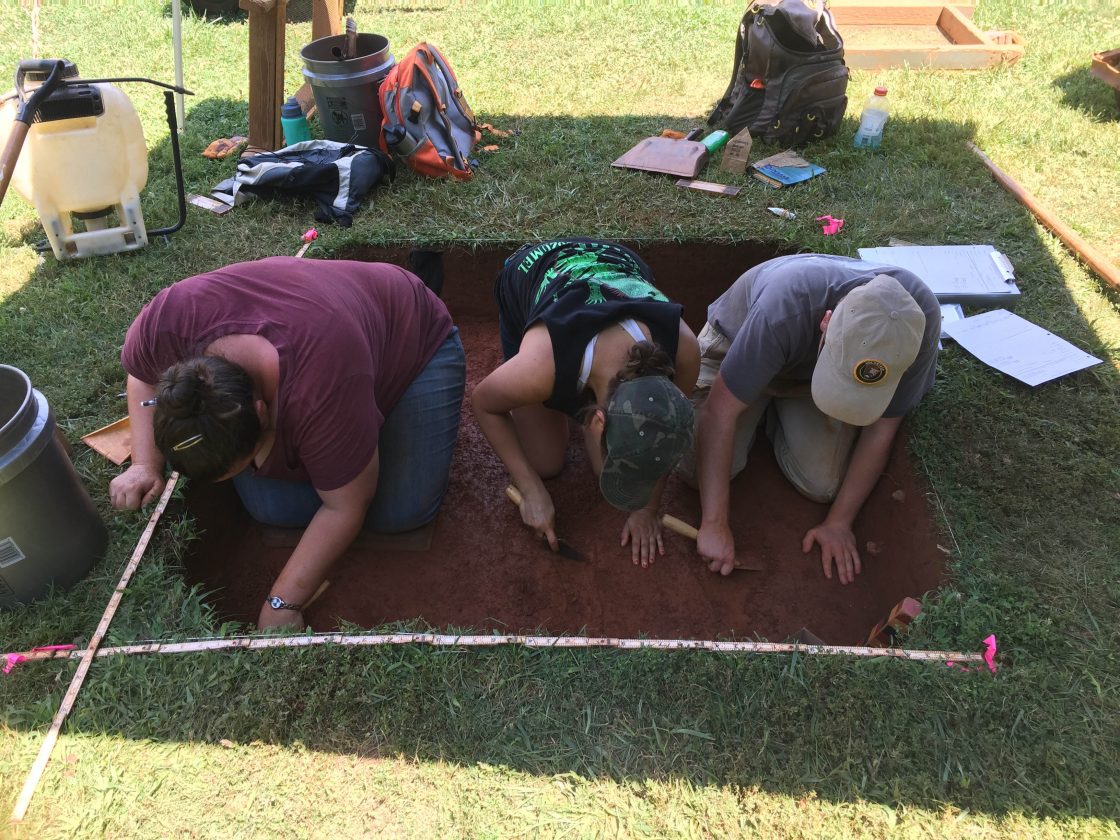 While a few students and staff remained in the field to oversee clean-up of the site and collect GPS coordinates across the property for future mapping, others returned to the lab to label and catalogue remaining data. Students also learned how to float soil samples, a process which uses pressurized water to separate minuscule artifacts (such as ceramic fragments) and botanical remains from the soil, which can be sent to a lab for further analysis. 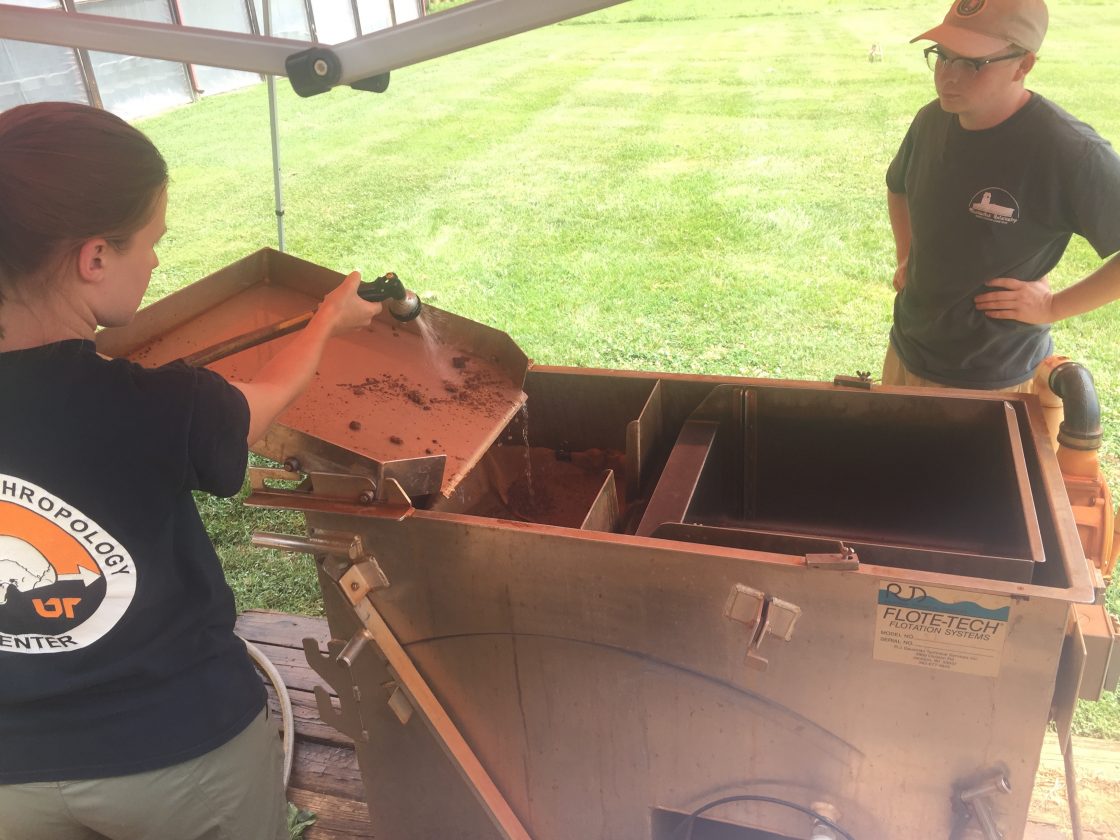 The week concluded with presentations of student projects, during which each student showcased her research on specific artifact(s) excavated from the Braxton site in the last six weeks. 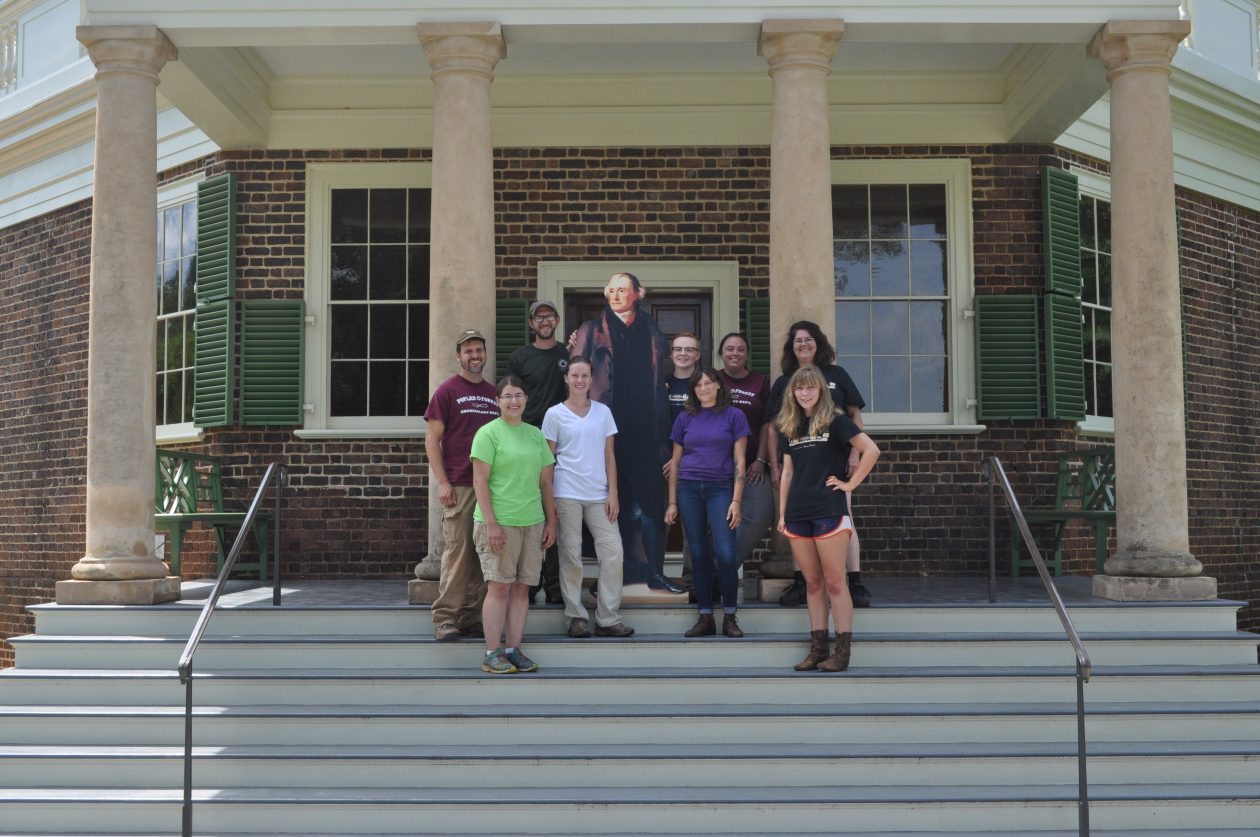