Cast of Characters Part I

Using written evidence from letters and other historical documents we begin by identifying some of the people who were involved with the construction of (and later repairs to) the wing. The details include a brief biography of the individual and their likely connection to the wing of offices.

Unnamed workers: In September of 1813, digging the wing foundation commenced. Jefferson noted in a memorandum concerning the foundation that it was dug with “6. constant diggers, 2. fillers, 2. carters who help to fill…” (TJ Weather Memorandum, September 1813, DLC). Their specific names are unknown, but it is likely these individuals were part of Poplar Forest’s enslaved labor force.

Hugh Chisolm was employed by Thomas Jefferson to be the bricklayer for both the house and the wing at Poplar Forest. His work on the wing began in April 1814, several months after the foundation had been dug in September 1813. Jefferson wrote in June of 1813, “I wish to have the work ready for Chisolm in case he gets released from military duty in time to do it” (TJ to Jeremiah Goodman, June 17, 1813, DLC). The delay, between the time of digging the foundation (September 1813) and its construction (April 1814) may have been related to Chisholm not being released from military service immediately. Upon his return in April of 1814, Chisolm traveled to Poplar Forest to work on the brickwork, but also completed the stonework for the wing foundation due to lack of available stonemasons in the local area (Chisolm to TJ, May 22, 1814, MHi). 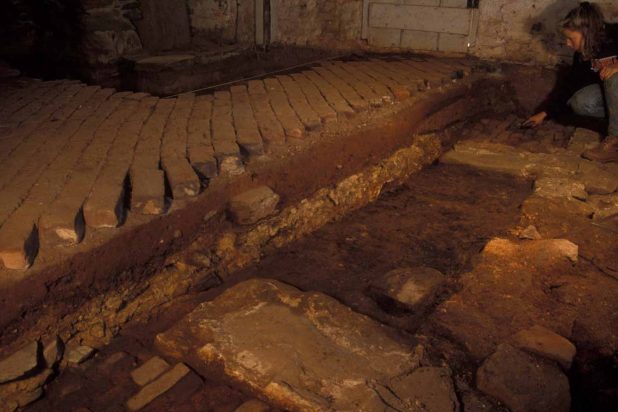 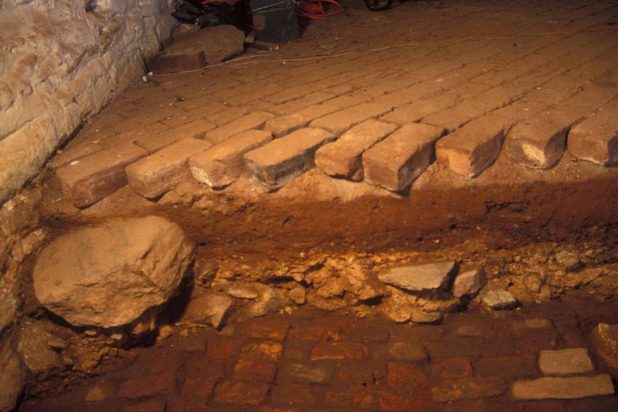 John Hemings  was born into slavery at Monticello in 1776. As a teenager, he was apprenticed to several woodworkers with whom he refined his skills in carpentry and woodworking. By 1809 John Hemings had become the master joiner at Monticello. He had been sent to Poplar Forest to work on finishing the house, and is likely to have been involved in the original roof construction for the wing (Travis McDonald, Personal Communication). Documents reveal that John Hemings and his apprentices were working on repairs to the terrace roof later in 1825 (TJ to John Hemings, August 17, 1825, MHi). 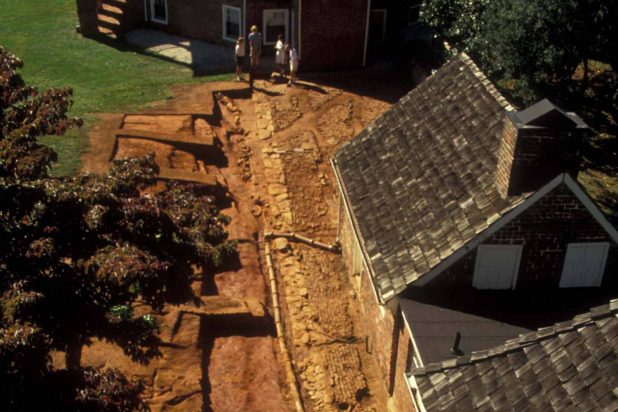 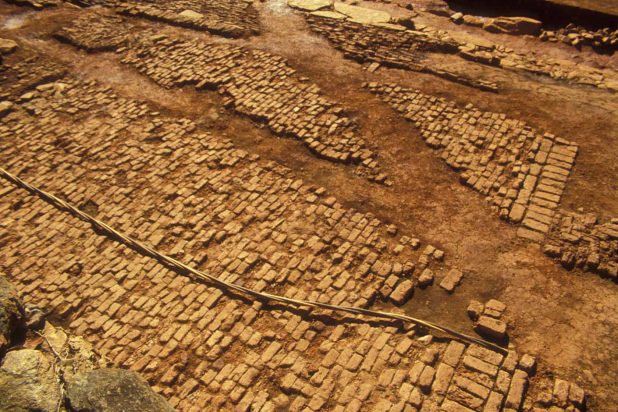 Madison, son of Sally Hemings, was apprenticed to his uncle John Hemings at the age of 14 (Brodie 1974: 475; Gordon-Reed 1997: 22). Born in 1805, Madison would probably have been too young to work on the initial construction of the wing; however, he may have been involved in repairing the wing in 1825. Regarding these repairs, Jefferson wrote to his grandson Francis Eppes who began living at Poplar Forest full time in 1823, “I will spare J. Hem. to you & his two aids and he can repair everything of wood as well or perhaps better than any body there” (TJ to Francis Eppes, Feb 17, 1825, ViU). Madison may have been one of these aids.

Eston was also apprenticed to his uncle John Hemings, and likely worked on repairs to the wing in 1825 (TJ to Francis Eppes, Feb 17, 1825, ViU). Eston would have been around 17 years of age, and was probably one of the two unnamed “aids” referenced above. Jefferson identified these two boys by name in his Codicil to his will, “I also give John Hemings the services of his two apprentices, Madison and Eston Hemings, until their respective ages of twenty-one years…” (TJ Codicil, March 17, 1826, ViU).