The aim of this year’s field school is to locate a possible overseer’s house from the mid to late 1700’s. Years of research, including looking at early maps and settlement patterns, has directed us to an area of probability where we are now conducting survey and testing.  This house is not only where the plantation’s overseer would have lived, but Thomas Jefferson is believed to have spent a month there in 1781 hiding from the British Army during the Revolution. During his stay at the overseer’s house, Jefferson wrote much of his book “Notes On the State of Virginia.” In addition to locating the remains of this structure, other goals for this season include providing recommendations for the preservation of the site and developing future research initiatives to better understand how the landscape has changed over time. 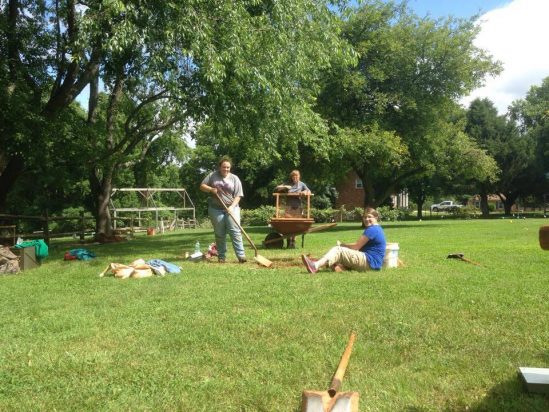 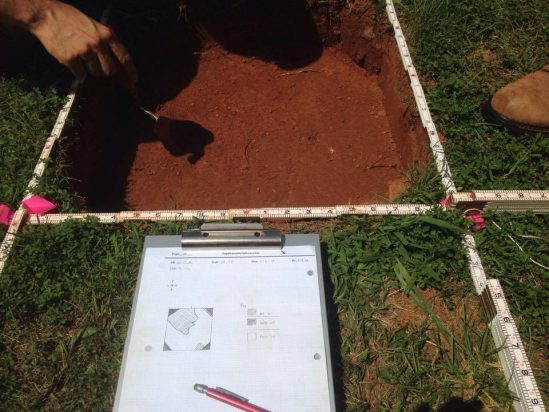 Our excavations are currently in the first phase of surveying in the archaeological process. In order to locate the site, a series of 2 foot by 2 foot units have been laid out in a manner that will allow us to systematically test the property. These units are being excavated in layers in order to retrieve as much data as possible from the soil. Based on the concentrations of artifacts and the presence of below ground features we can begin to get an idea of where things may have been located on the landscape.

In the first week of excavations students have learned proper field technique and have already dug several units. After finding a possible building related feature in a unit the decision was made to expand it to reveal the full context of the feature. One of the most exciting artifacts excavated this week was a mostly intact Native American projectile point which is possibly from the Late Archaic period (2500BC – 1200BC). Although it is still under excavation we are very excited to learn more from the site. 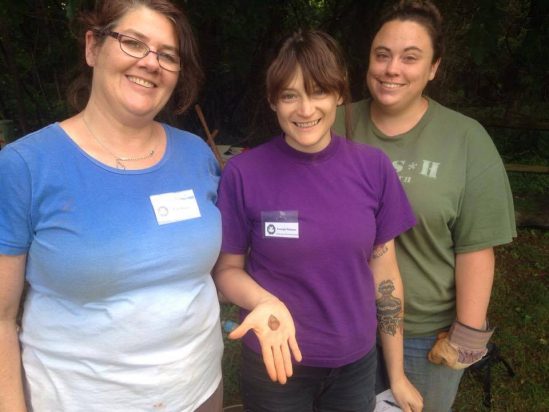 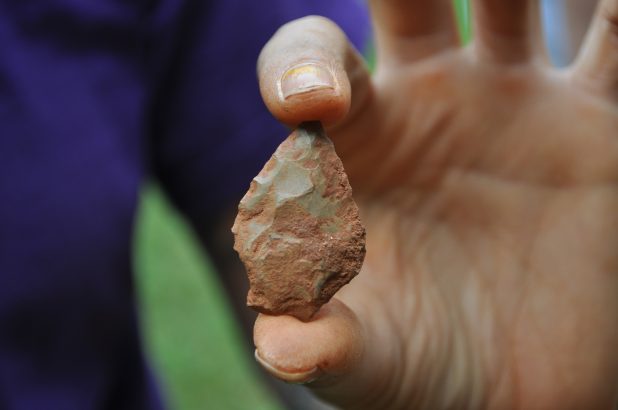