By Marissa Sarver and Alex Covert

On Monday the field school began working in the Archaeology lab due to rain. We learned how to clean artifacts and also how to sift through processed flotation samples to find much smaller artifacts. On Tuesday we were back outside and worked on uncovering new units at the Vegetable Garden Survey Site.  Four new units were uncovered and two people were assigned per unit.  Our task was to take off the top layer of soil in order to uncover features.  Hopefully we would find artifacts in the soil as well.  After excavating off the top layer of soil, features were noticeable.  We worked on mapping the features and then excavating them.  One unit had a large mound in it that would need to be evened out and excavated as a feature. Another had a large semi-rectangular shaped feature that needed to be excavated down. One unit had no features in it, and the last unit had a large plant in it so they worked the entire time on taking off the top soil with a trowel and making sure that they took the top soil down far enough around the plant.  Each pair of partners screened the dirt they found.  We found a variety of artifacts such as glass, nails, brick, and ceramics. 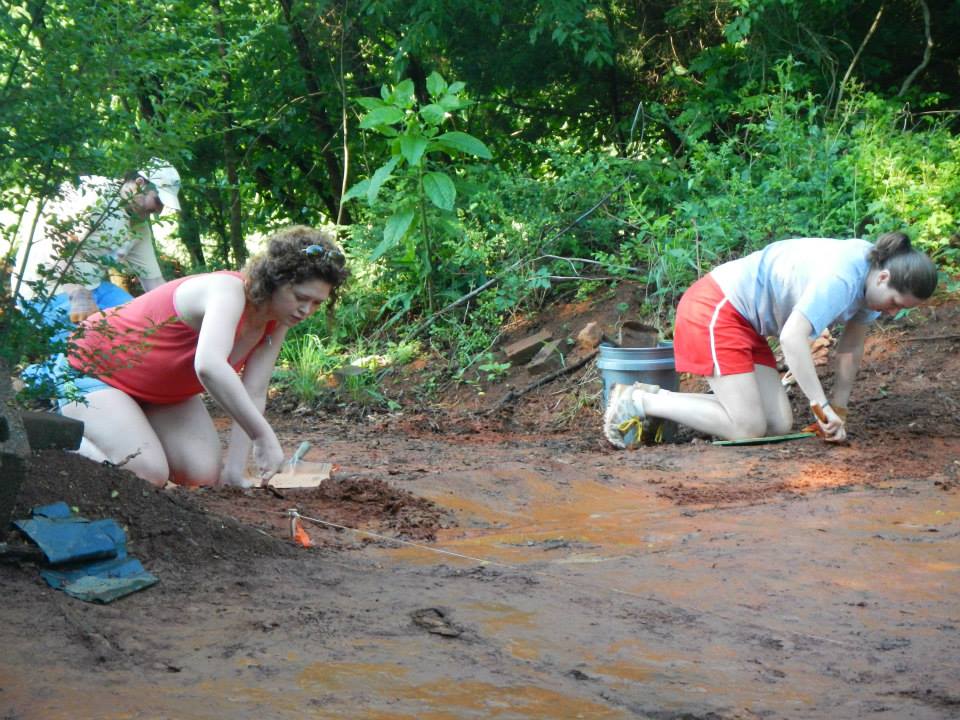 On Wednesday we continued working on our units, one in the southwest part of the site was closed after finding no identifying features. Another unit was opened in the northeast part of the site where the two students were luckier in uncovering features. The other students continued excavating their features or cleaning their units, continuing to find small artifacts like glass and charcoal. 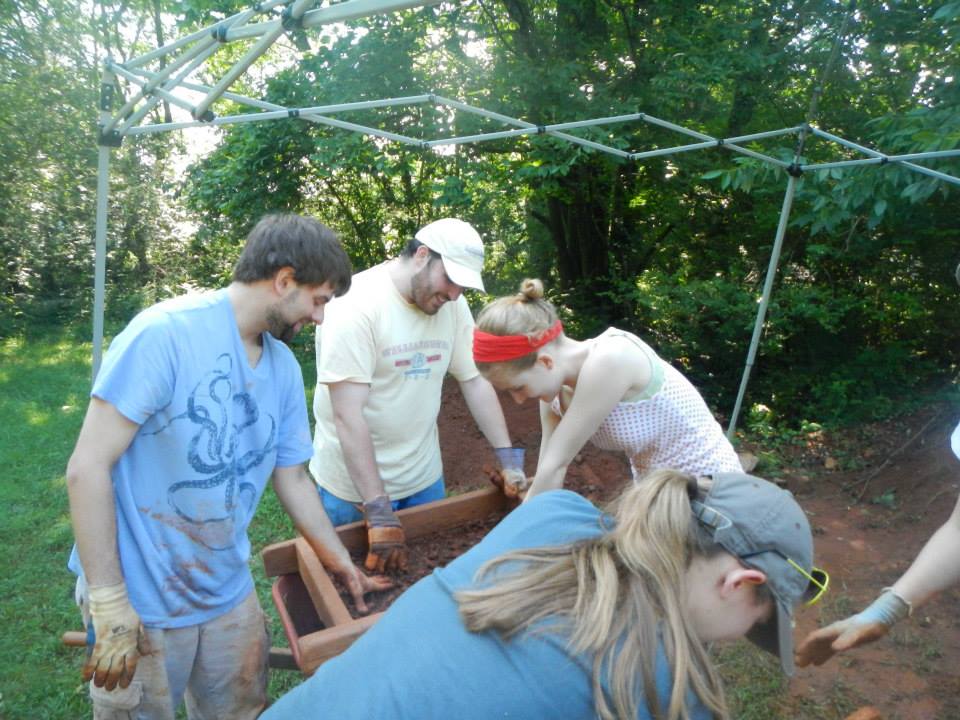 Yesterday we took a break and visited the field school at James Madison’s Montpelier. We toured the house and their open excavations and saw some pretty cool features. We then went to their lab, which is open to the public. Their interactive exhibit, with buttons and videos, was really cool. Their field school students were operating their flotation equipment, using a set up completely different from ours. Then the storm clouds rolled in, sadly bringing our day to a close.