By: Kendell Porter and Andrea Zona

Though Monday morning started off rainy, we were able to get out into the field every day this week. We were all very excited about this since it had rained so much last week especially since this week concludes our final week working at the potential vegetable garden site in the southeast curtilage. We have found a few artifacts from this site and plow scars were persistent throughout. 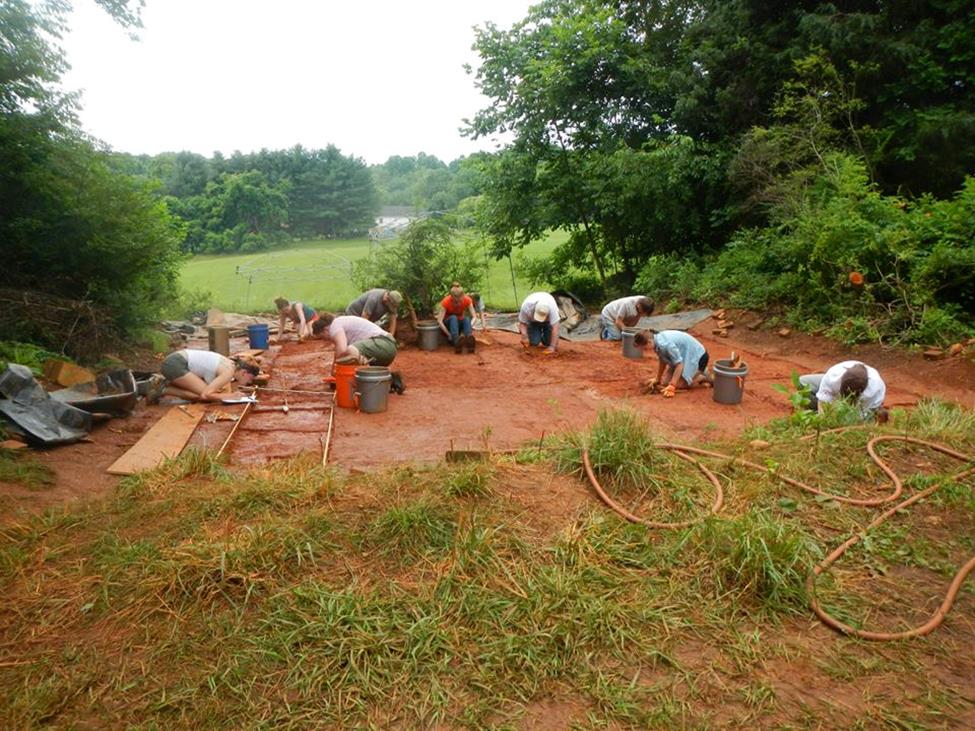 Since it had rained Monday morning, we learned how to identify ceramic types and how to cross-mend ceramics. Mending is what archaeologists do when you piece together an artifact from one context. Cross-mending on the other hand is when archaeologists piece together pieces of an artifact from two or more contexts that fit together to make one whole artifact. This indicates that at some point a ceramic object was broken and taken to multiple areas for a particular reason. This often happened at Poplar Forest for agricultural reasons. When planting, a common practice during the Jeffersonian era was to use broken objects like pottery to aerate the soil and aid in plant or crop growth. This explains why sherds of one object are found in particular areas at Poplar Forest. 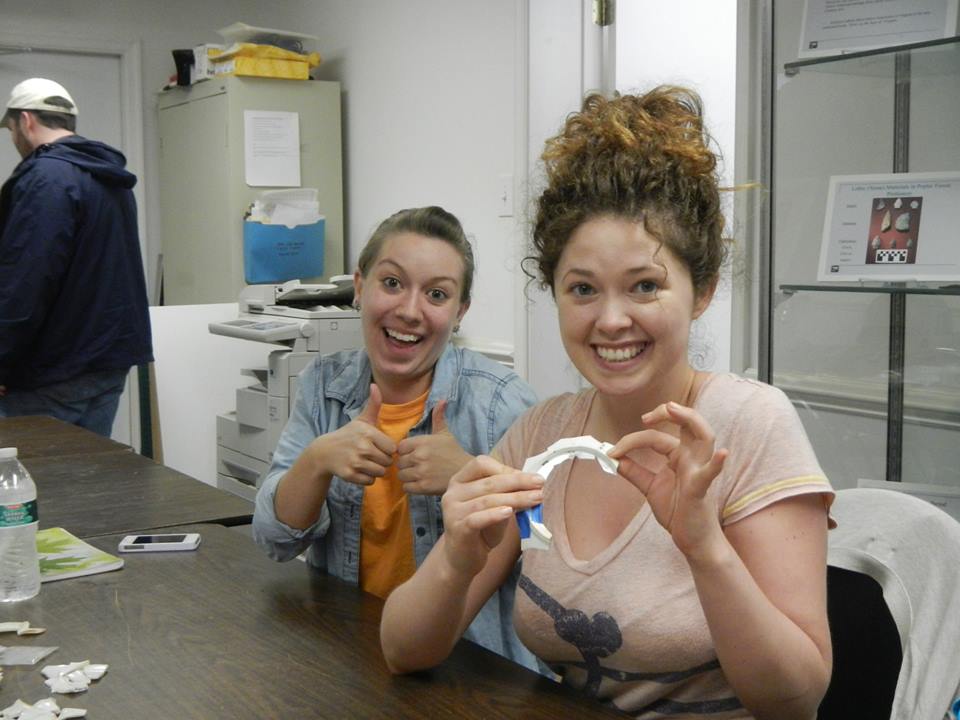 Marissa and Ashley cross-mending on Monday.

Later in the week we were working on closing out the site of the potential vegetable garden. We excavated the features we had uncovered in earlier weeks and then mapped each unit and took closing elevations. 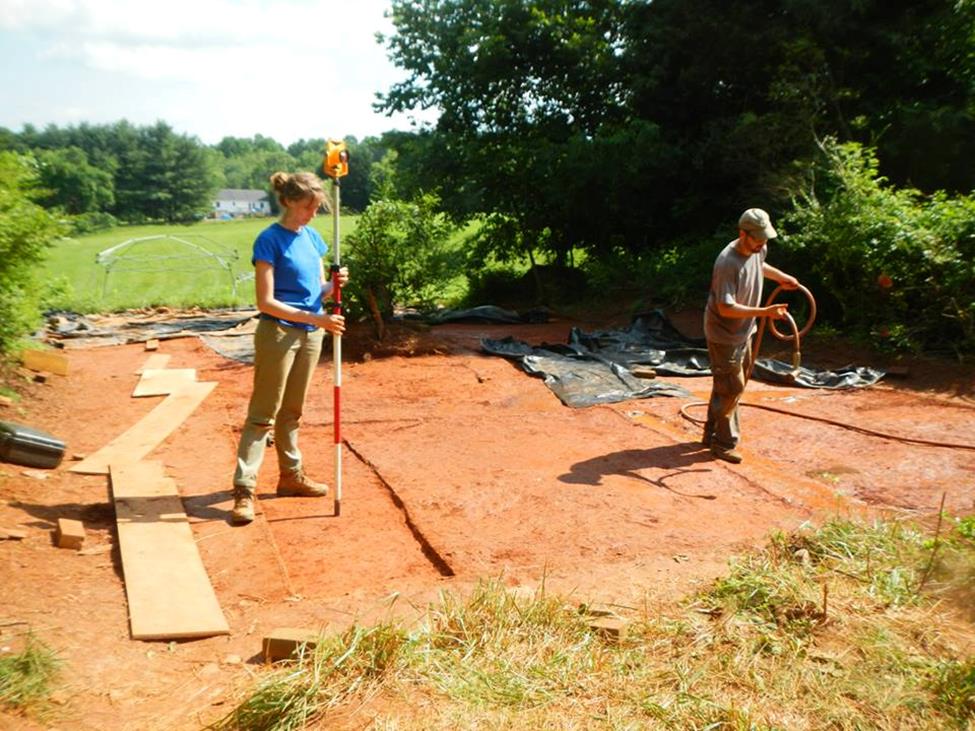 We concluded that a couple of the smaller features were probably plow scars or remnants of small plants. These are hopeful signs that a garden was once there. 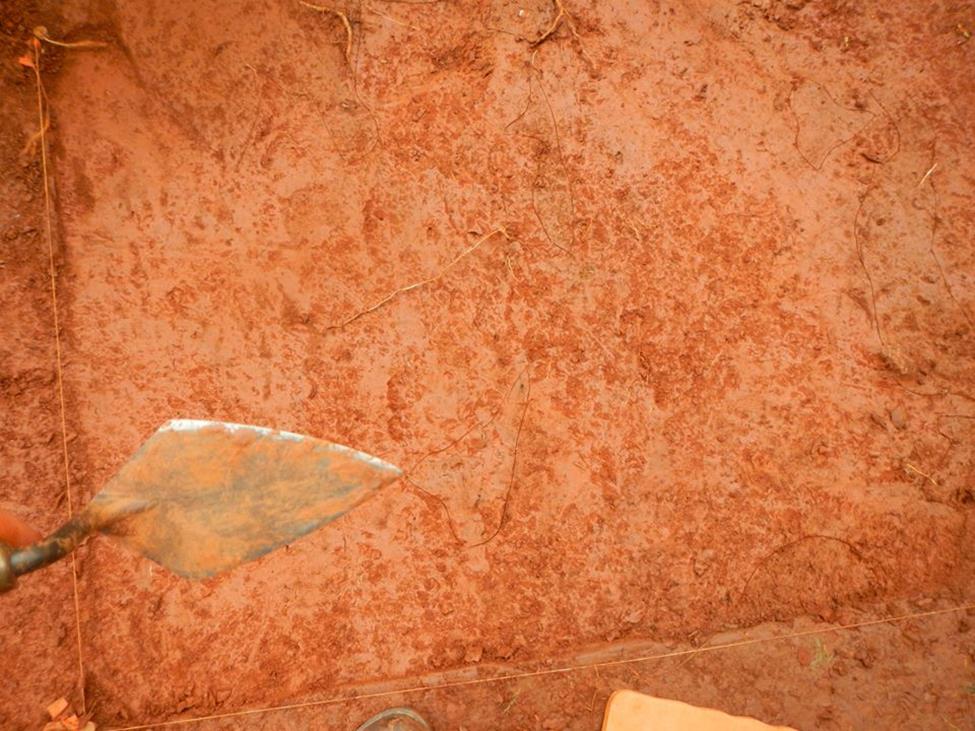 Features are outlined using a trowel. This is unit ER3247.

We uncovered some sherds of porcelain and pearlware, green bottle glass, corroded wrought iron nails, and bits of slag (the byproduct of metal-working), brick and mortar. 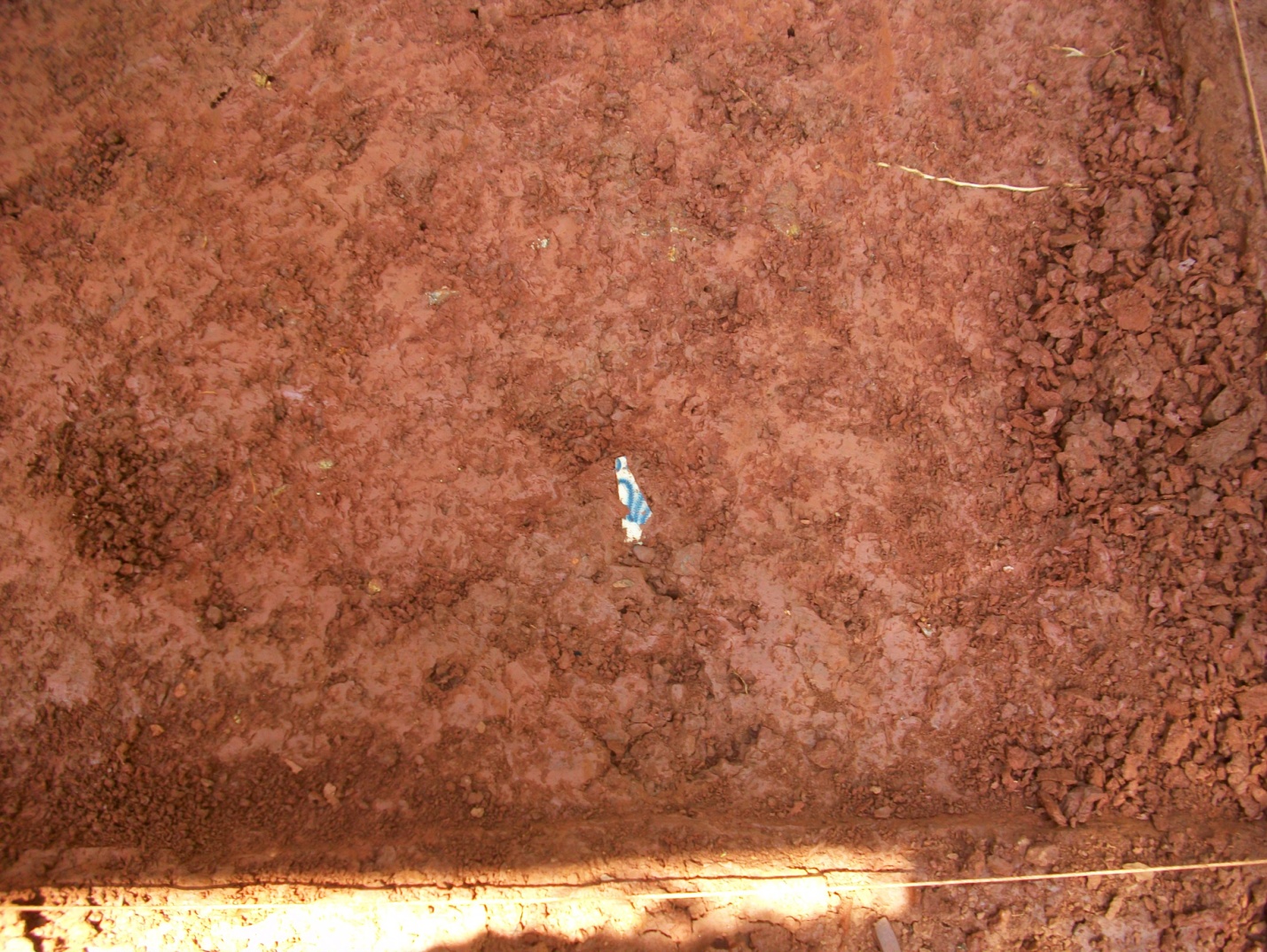 We are all very excited to begin working on a new site next week! Next week we’ll be excavating the SE core, 200 yards from the house and hope to find potential slave quarters. Check back in next week for more updates!