By Sara Griggs and Ashley Pickard

This week we field students opened Sites A and B; they are potential slave quarter sites with a possible sub-floor pit. 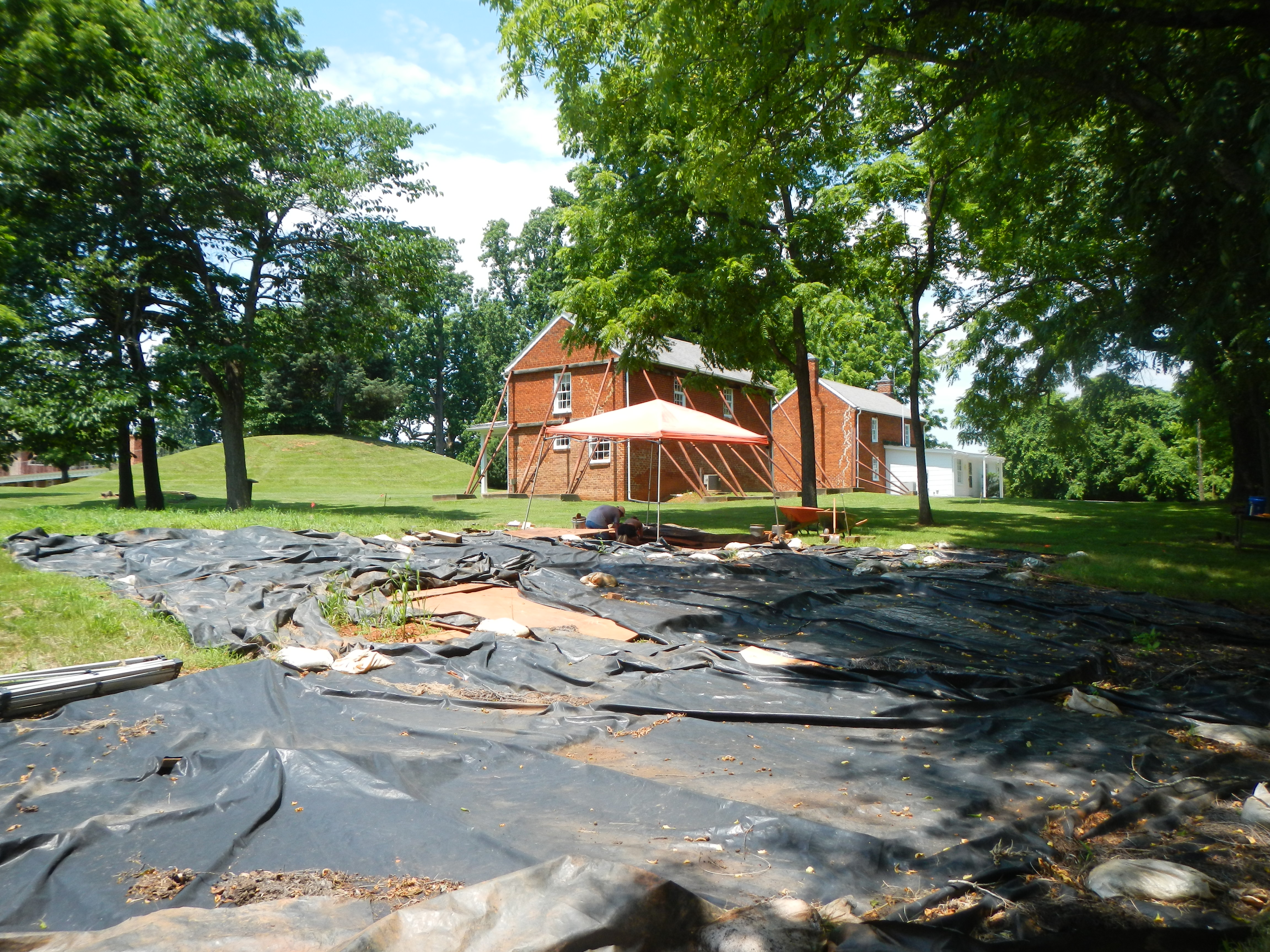 We were divided up this week, with half the students excavating and half working in the lab.  Artifacts Galore!  Some things that have already been excavated in the two short days we’ve had so far include: a faceted bead, animal bone and teeth, glass, ceramic, and nails.  In the lab we were able to catalogue artifacts found in the Vegetable Garden Survey using Rediscovery software.  Programs like these are an integral part of computerizing artifact data.  This can be important when cross mending  and also compiling a database to be used in a variety of analysis.  For example we were also introduced to the Surfer program, artifacts that have been grouped by type and coordinates can be mapped out to show a gradient view of the artifact layout.  We compared three different kinds of nail modification, straight, cut and bent, inputted their coordinates and counts.  What we saw were the distributions and concentrations of all the nails, indicating where features could be.

On Thursday and Friday we were on a field trip to Williamsburg and Jamestown. 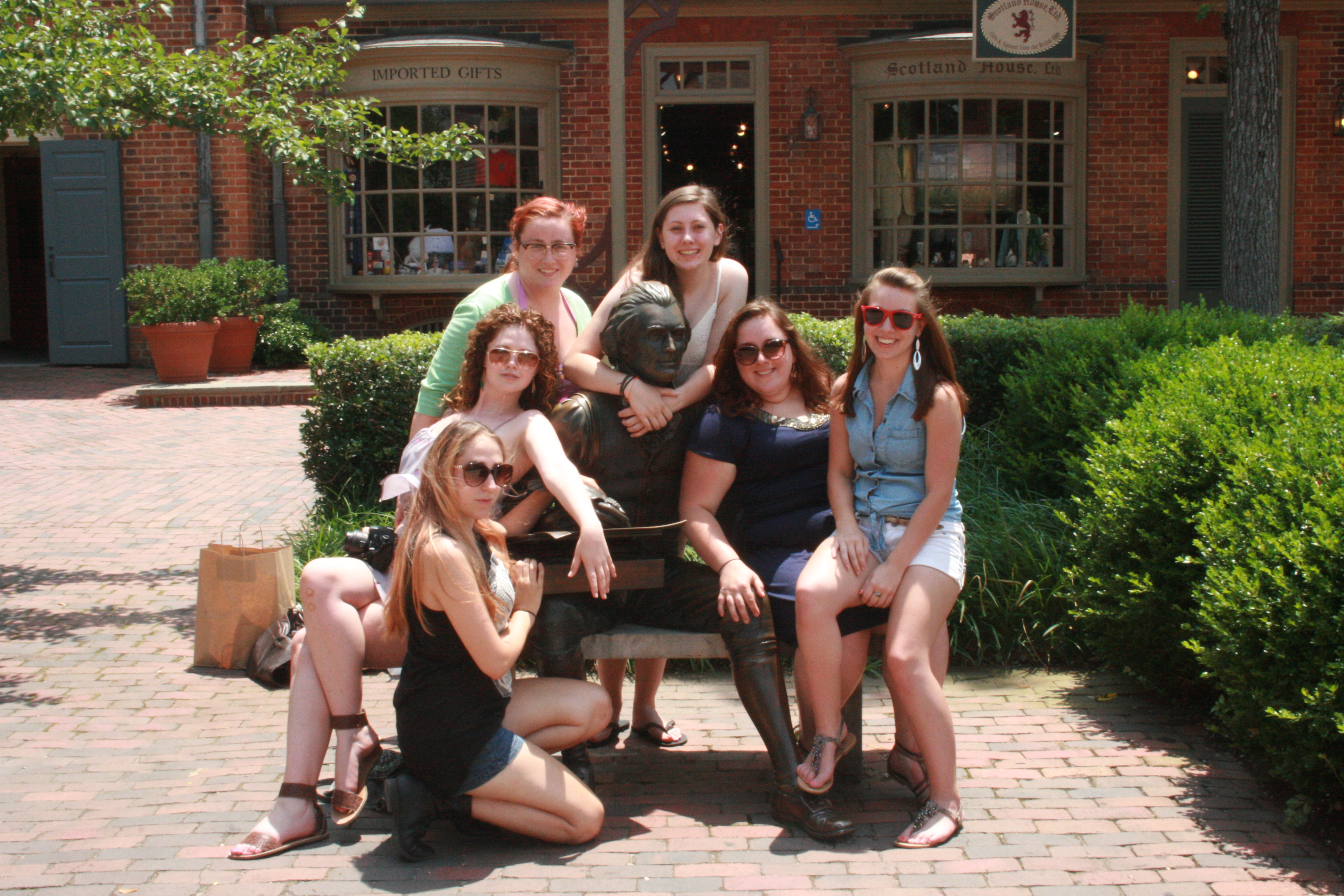 Hanging out with Thomas Jefferson in Williamsburg

Established in 17th century, Williamsburg is a bustling city filled with modern and colonial aspects. We were able to visit the archaeology labs of the Colonial Williamsburg Foundation as well as sites along Duke of Gloucester Street- or informally known to the locals as “Dog Street”. 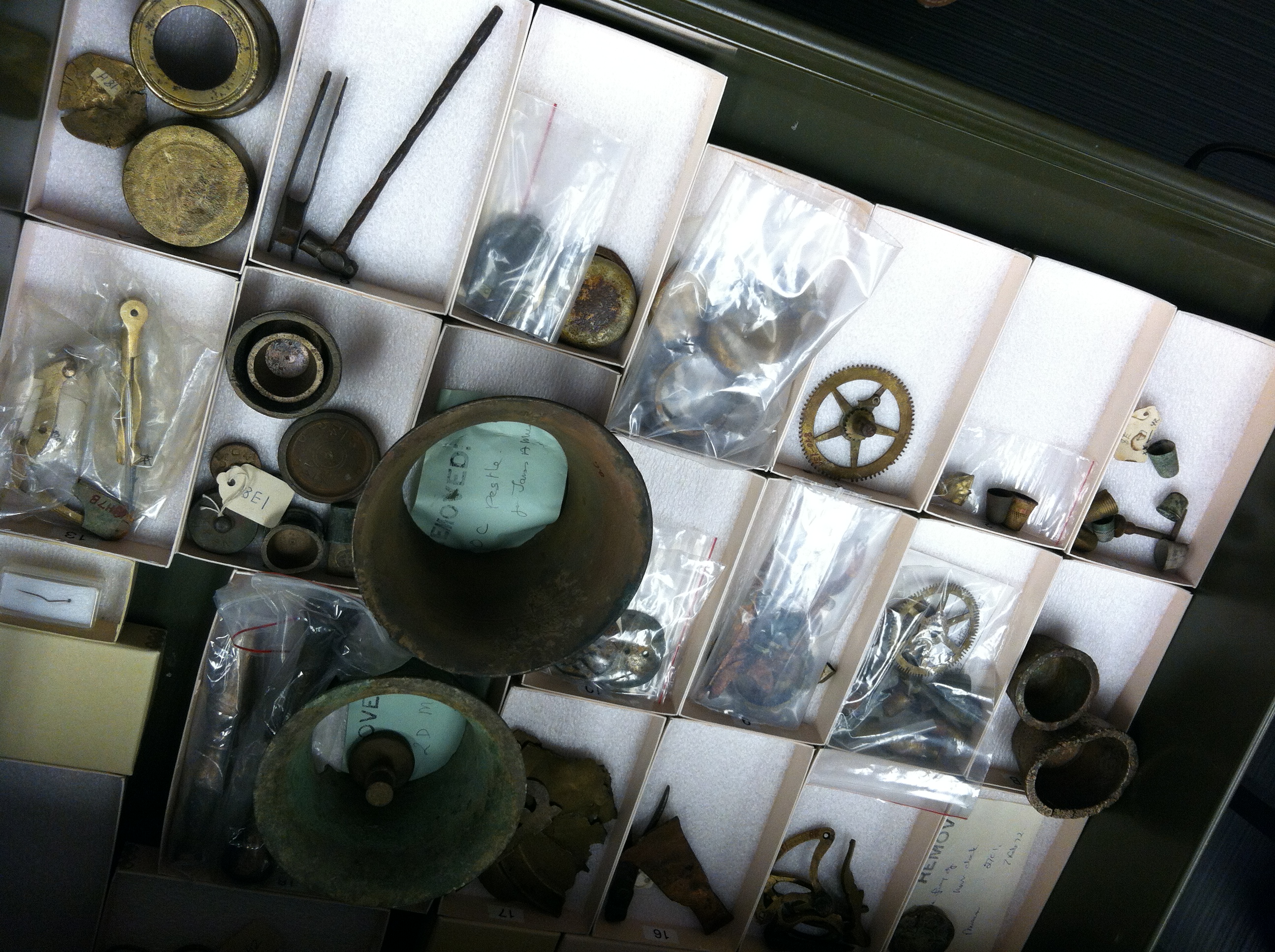 Mark Kostro, Archaeologist at CW and instructor of William and Mary’s field school, gave us a site tour of the Bray School site.

Jamestown was an awesome trip.  There has been a recent controversial discovery of “Jane,” a young woman found in a cellar with evidence of butchery marks on her cranium, proximal portion of her tibia and mandible.  These showed signs of desperation cannibalism.   We visited the conservation department as well as their latest archaeological site which included the remains of a horse. Built in 2007 to celebrate Jamestown’s 300th anniversary, the Archaearium incorporates visual interpretations of archaeology with the foundations of the state house below clear areas of the archaearium floor.  The profound rendition of Jane’s head and her skull are on display, in which visitors can see the cuts and scratches of a cleaver.