The final ornamental part of Jefferson’s villa retreat was installed in November 2022. The parlor’s Ionic Order entablature received its frieze ornaments. Like those of the dining room’s Doric Order entablature, these had been ordered from English Sculptor William Coffee who at the time was working in New York City. These had not been installed on Jefferson’s last visit in 1823 when he turned the house over to his grandson Francis Eppes.

While Jefferson lay dying at Monticello, he sent John Hemmings to Poplar Forest to install the parlor’s entablature and ornaments. These were from the Roman Temple of Fortuna Virilis that Jefferson obviously liked since he used it at Monticello and at the University of Virginia. Following Jefferson’s original construction sequence in our own restoration work, it is fitting that this is the last classical touch for the house. 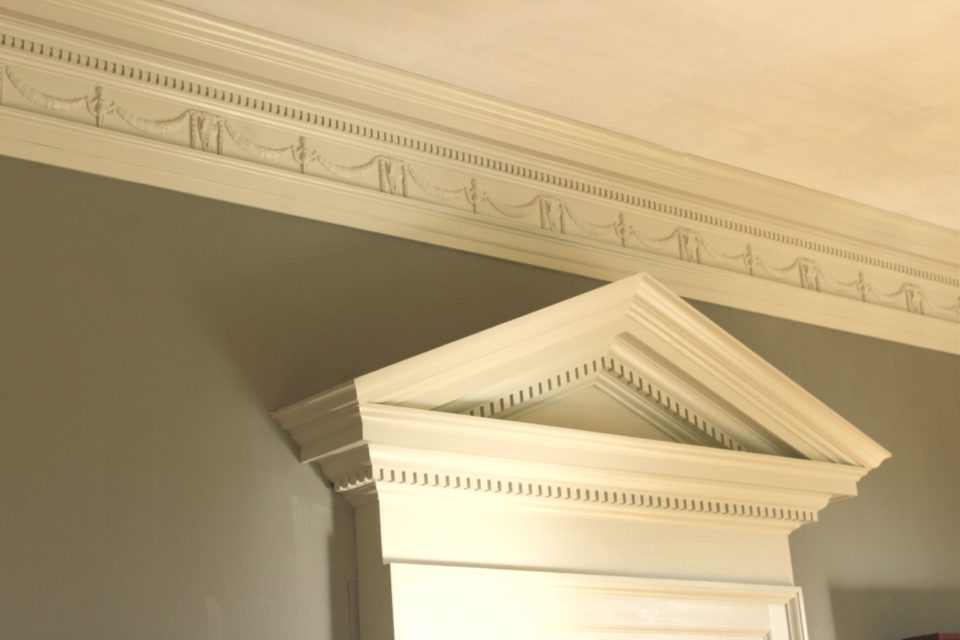