Restoring the Beauty of the Past

In September 2018 another piece of the architectural ensemble appeared in the house. White marble hearthstones replaced the temporary brick hearths that had also temporarily stood in for Jefferson for ten years.

In 1819 stonemason John Gorman spent three weeks cutting, polishing and laying the local marble that was being quarried close to Lynchburg. Gorman later received favor from Jefferson and executed all the native stone parts of every building at the University of Virginia.

A Virginia state geologist assisted in locating an active quarry about 30 miles east of Lynchburg that was the same geologic vein. The second attempt to have large pieces hauled from the Rockydale quarry up to the Virginia Mist quarry near Orange, Virginia, where they could be cut into the right thickness was successful.

The final step involved the Oliva Stone Company in Charlottesville which cut, polished and laid the marble pieces in beds of lime mortar over the brick arch hearth supports in the house in six locations. Like most of the original features of the house, as well as the restored features, time and patience reward perfection. 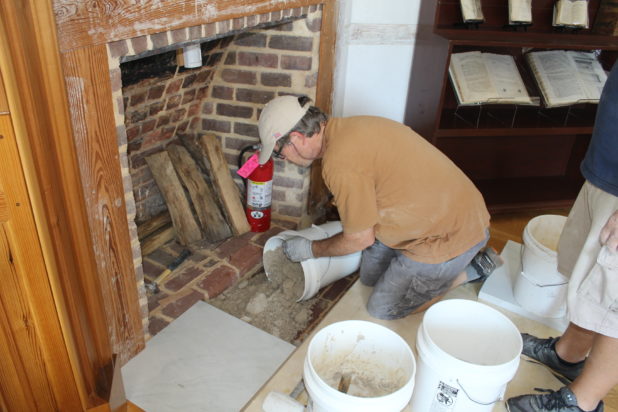 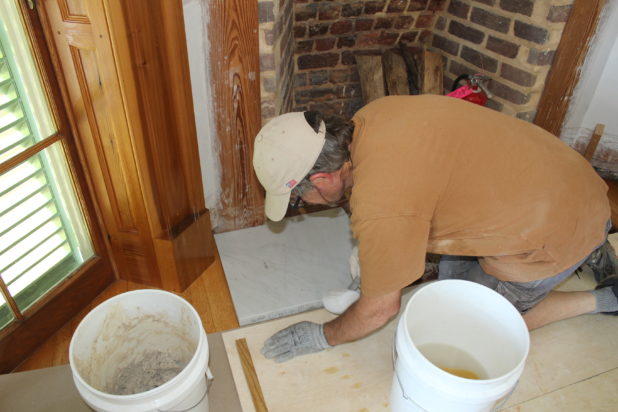 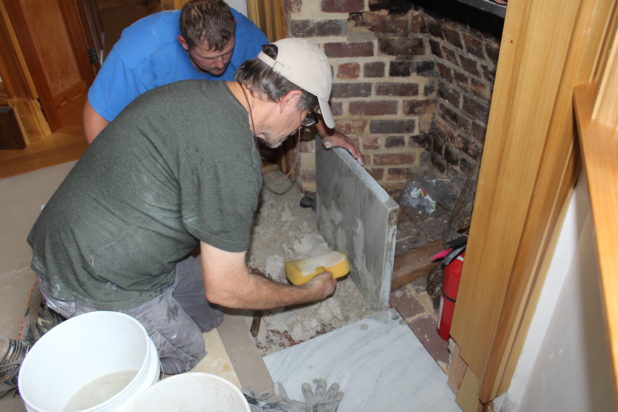 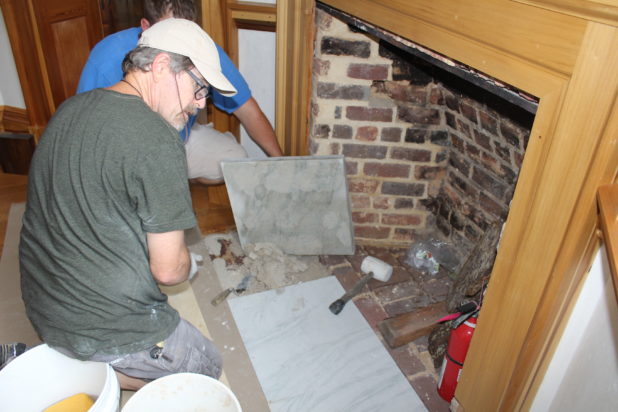